Here are the principle consultants of HACL.

Our consulting network extends round the world. 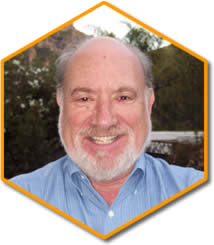 Les Spielman is known as an expert in a number of critical areas of hospitality technology, including areas of communications technology, information technologies and more.

Mr. Spielman earned his Bachelor of Science degree from Brooklyn College after his honorable medical discharge from the United States Army. He received the Purple Heart before he had the opportunity to finish his O.C.S. training. He then attended Columbia University and received his Masters degree in Marketing.

Les was then employed with Ideal Toy Corporation as a National Field Sales Manager. He was promoted to National Sales Manager in 6 months and was responsible for sales over $55 million per year.

Over the years Les has held the following positions:

In the early 1970’s Les was instrumental in the design and implementation of the largest private international telecommunications network in the world, for North American Rockwell. This system was called “CASNET”. This network was totally independant of AT&T or any other telephone company.

In 1976, Les joined ROBERTSHAW Controls Company and was in charge of all automation in the Hospitality industry. ROBERTSHAW Controls Company is a pioneer in the HVAC industry. He specialized in energy management and digital transmission of data via the utilization of the existing electrical wiring with a 100% accuracy rate. He was instrumental in the development of this technology and aided in the acquisition of these patents.

In 1979 Les founded “The Spielman Company”, a high tech consulting firm. In 1985, a new division was formed called “Hospitality Automation Consultants Ltd”. This company specializes in all areas of automation and communications in the lodging and hospitality industry.

Les had served several elected terms on the Board of Directors of the Society of Telecommunications Consultants. He is also a member of the Marketing Executives Club of New York and one of the founders of “Tel-Pros”. In addition, he is a frequent guest speaker throughout the world, specializing in the latest technological advances in the telecommunications and automation fields. He has published in excess of forty technology articles in major national and international publications.

In 1994 he was installed into the “International WHO’S WHO of Professionals” and appeared again in the 1995 issue.

Dave Berkus is a well known and respected leader, mentor and trusted

authority within the hospitality industry. He has a proven track record in operations, product development and marketing of complex technologies, creating lasting change within the lodging industry.  He has consulted to senior management of hospitality groups around the world in matters of strategic technology planning and implementation, and to boards and CEO’s of hospitality technology companies addressing strategic planning and merger and acquisition issues as well.

As an entrepreneur, he formed, managed and sold successful technology businesses. As a mentor, Mr. Berkus was recently named “Director of the Year” by the Forum for Corporate Directors for his board and CEO coaching efforts with more than 50 companies over the past decade.

Mr. Berkus was the founder of Computerized Lodging Systems Inc. (CLS), which he guided as CEO for over a decade that included two consecutive years on the Inc.500 list of America’s fastest growing companies. For his accomplishments in advancing technology in the hospitality industry, he was inducted into the Hospitality (HFTP) “International Technology Hall of Fame“, one of only thirty people so honored worldwide over the years.

His “Hotel CompuSystem” front and back office system was one of the very first PMS systems, created in the mid 70’s. Mr. Berkus was the first and most vocal advocate for adoption of open systems standards in the hotel industry. Through his relentless leadership, CLS became the first company to shrink a full PMS system to the then-new IBM-PC. Mr. Berkus is also considered the “father of UNIX” in hospitality – creator and evangelist for the first true open systems environment in the industry.

A graduate of Occidental College, Mr. Berkus currently serves as Vice Chair of the Trustees of the College. Mr. Berkus is author of fourteen books for business leaders, including “Extending the Runway” and the “BERKONOMICS” series of three books, all addressing best practices in the use of limited resources in growing the technology-based enterprise and managing complex projects. Mr. Berkus serves on nine technology company boards, six as chairman, and is Chairman of the Advisory Board of ABL/TECHNOLOGY, a networking organization of CEO’s in high tech businesses.  He was named “Director of the Year” by the Forum for Corporate Directors, and “Leader of the Year” by the Los Angeles County Board of Supervisors.

His blog, “Berkonomics,” is circulated to over 120,000 business leaders, and his weekly blog and emails are syndicated and seen by an estimated 200,000 people each week.  See http://www.berkonomics.com .  More information about Dave may be found at http://www.berkus.com .